Sanctum is a collection of poems characterised by a sense of loss – there are poems about lost love, lost words, lost places. There are eulogies for deceased lovers and friends, writers, and poems about isolation, quarantine and uncertainty. There are poems about churches and holy places, as reflected in the title of the collection. Readers have come to expect from Hambidge a personal, intimate tone tempered by skill – she has honed her craft and succeeds in striking a universal note. Hertzog prize winning poet Johan Myburg remarked: “What is conspicious throughout is the way in which Hambidge deals with ‘words of the heart’ – words possessing a clear personal meaning, but rendered in such a way that the reader is allowed to attach a personal meaning to them. The playful way in which she engages with words. 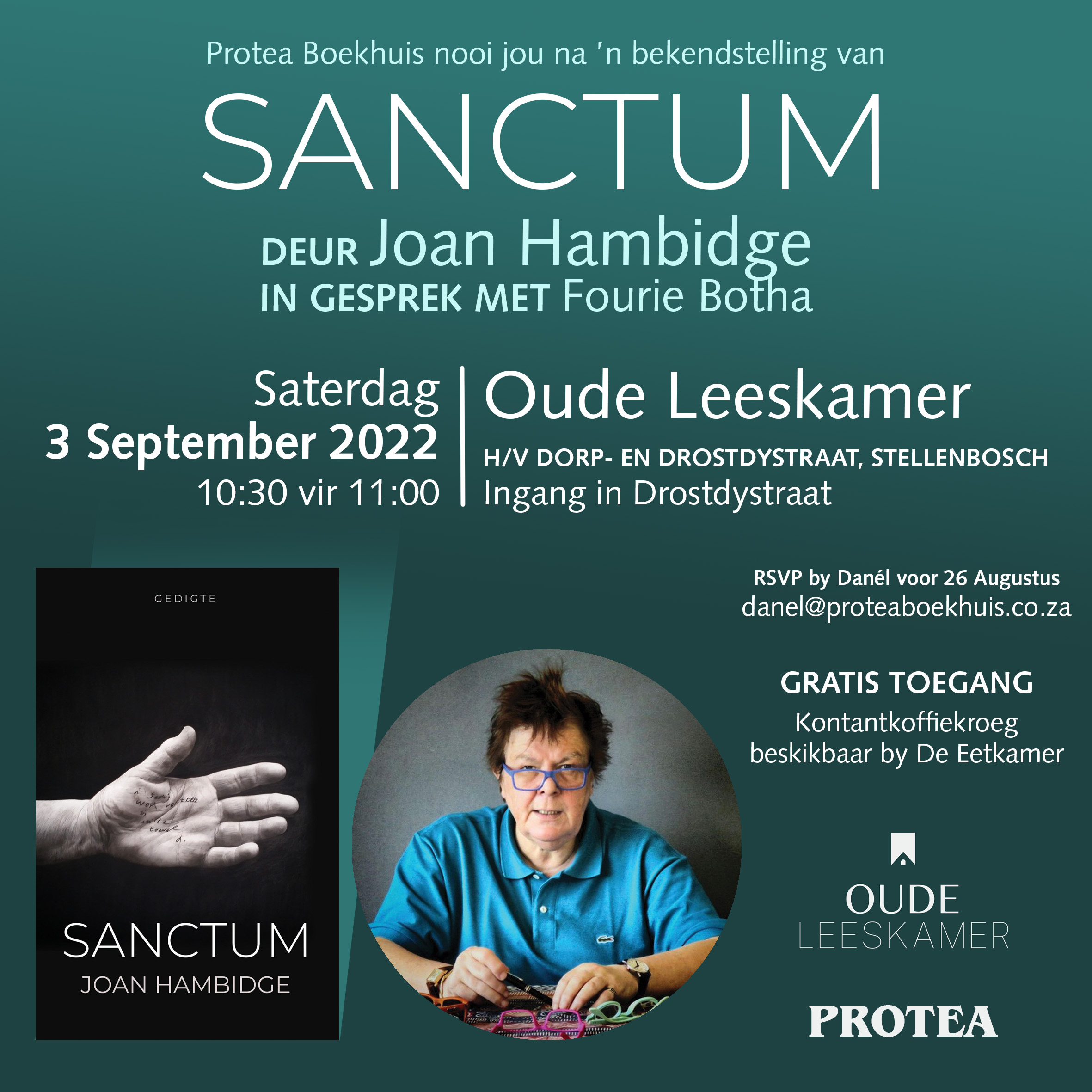