back
Slow Intimacy (12 October 2022 – 14 January 2023)
The intimate is everywhere: you bring it everywhere and it circulates everywhere. It registers as intensities of attachment and recognition, inferred and explicit, that pass across people, groups and movements.

In Slow Intimacy, the emphasis falls on an inter-medial voyeurism that maps our relationship with the intersubjective world around us. Here the drawings and prints of Katherine Bull, the collaborative story-telling of Asemahle Ntlonti and the artful weaving of Sivan Zeffertt reach between the past and future.

Bull draws the viewer into the the paradoxical space of live online broadcasts, webcams, Skype and Google Image searches, where the intimate and private are made public. She engages in a range of mediums to draw attention to sensory perception mediated through digital technologies and the act of representation itself. Combining digital drawing, painting and printmaking, she explores how we – both artist and viewer – see, understand and engage within the current digital environment.

Whilst Bull plays with the duality of the private and intimate space of the public digital world, Zeffertt’s practice indulges the act of weaving and her body’s intimate relationship with the loom. She draws and sculpts with thread to form intricate sculptures contained in hand-made boxes that deny your senses the pleasure of touch. Zeffertt’s woven pieces speak to a craft that has been perfected/moulded by the hands of centuries of women and passed down to those who seek it in the fast paced world we live in. Like the intentional slowness of Zeffertt’s practice, Ntlonti’s work too speaks to pace as a political problem.

Professor Stella Viljoen, in her 2022 essay titled Slowness, says, “in the South Africa of the 21st century, the ability to slow down, pause and remember is political work. It involves a somatic recognition of the ways we have suffocated our people and planet.” Ntlonti’s collective approach to making reflects the isiXhosa culture of beading, where artistry is shared across generations. Women join in circles and meditatively string beads along thread to the pace of choral singing, conversations, and story-telling. In these circles, sonic resonance is used to track space and time, and collective power translates into this specialised hand craft. The intentional choice of slowness in the act of making in Bull, Zeffertt and Ntlontis’ practices gives visual form to the personal experience of pace and intimacy. 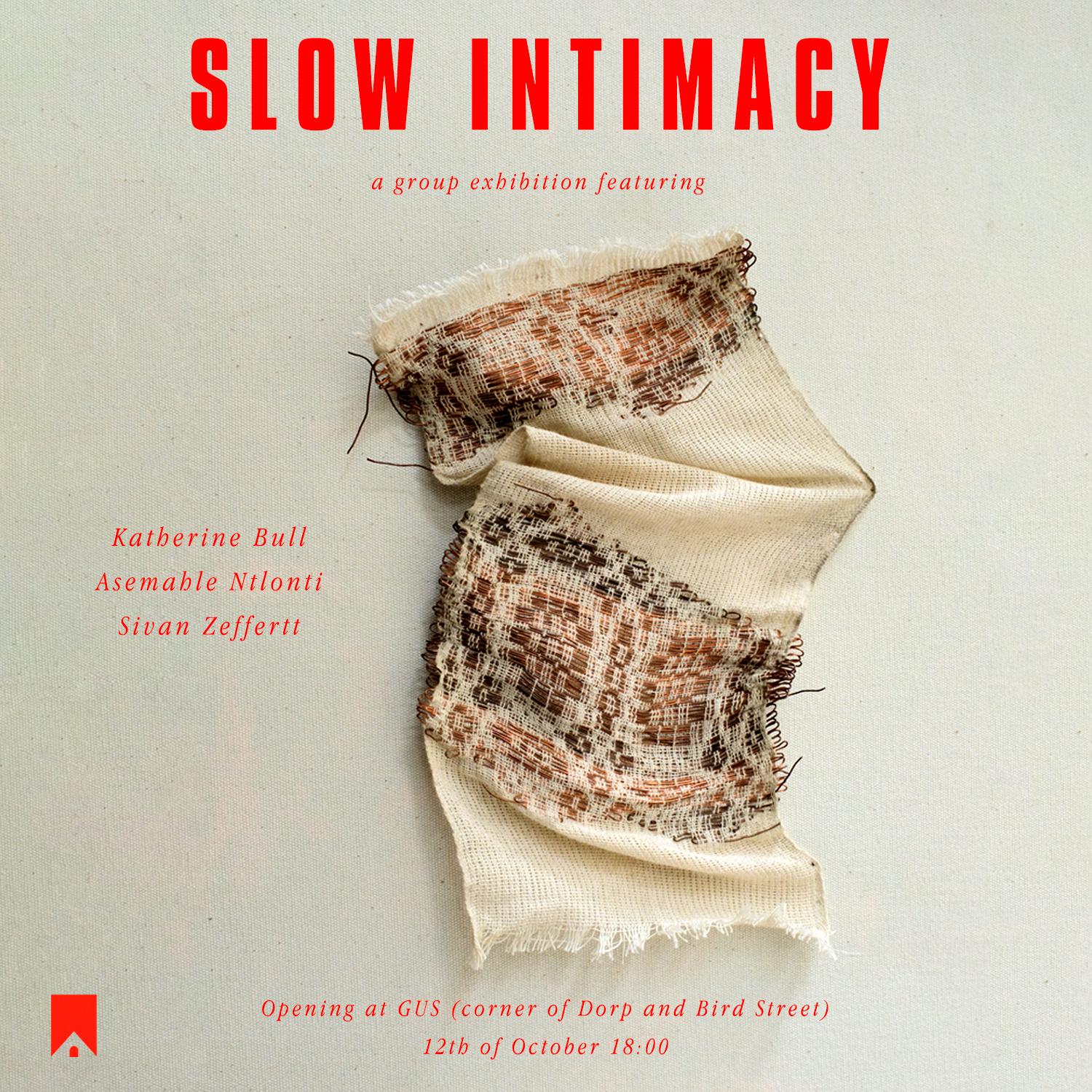